REGISTER TO VISIT APPLY TO EXHIBIT

Angela first of all we are delighted My Sleeping Gypsy is showing at Scoop. We have known each other many years and I know you are based in Switzerland - so how did you get involved with My Sleeping Gypsy 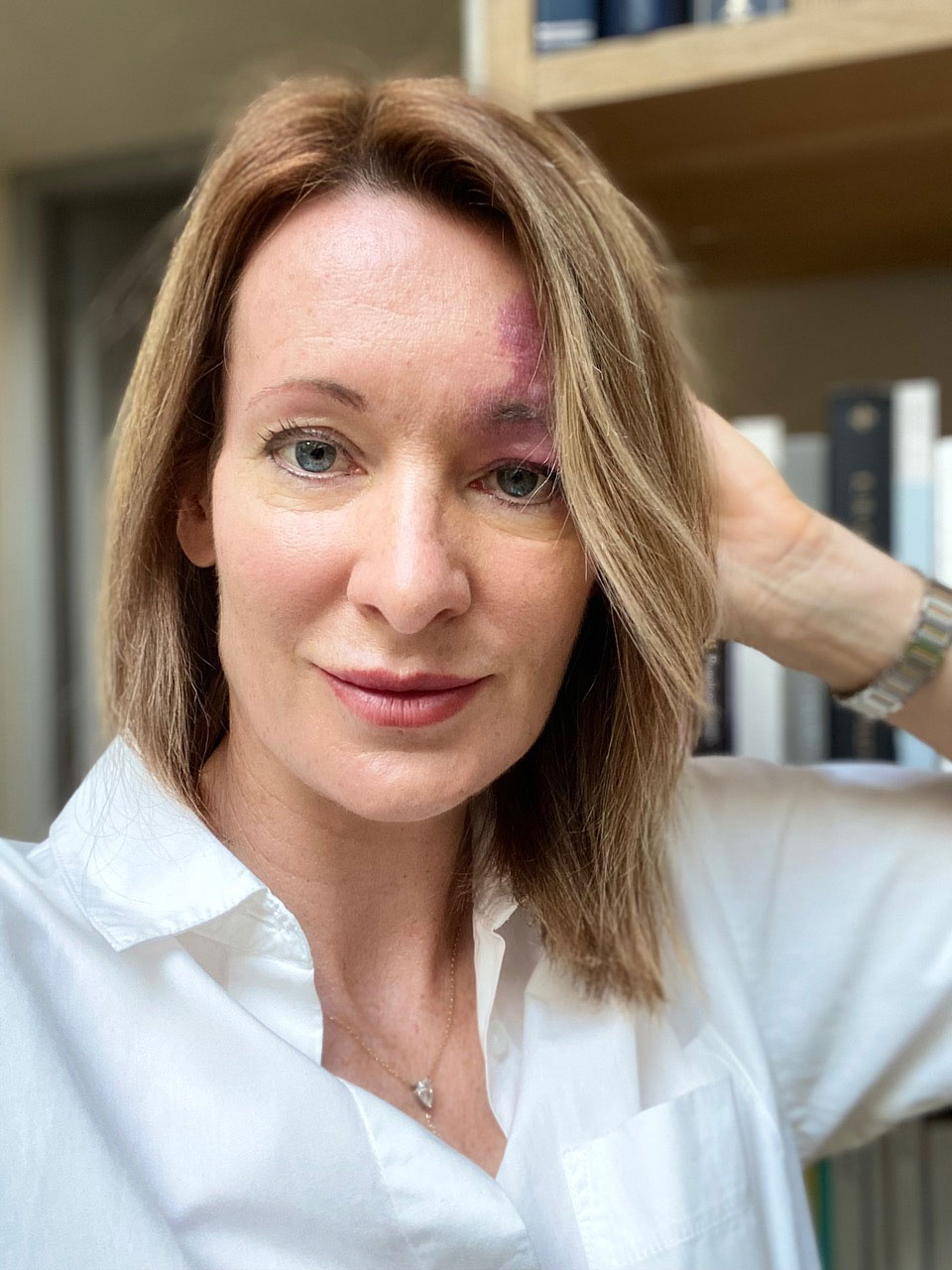 Angela first of all we are delighted My Sleeping Gypsy is showing at Scoop. We have known each other many years and I know you are based in Switzerland  - so how did you get involved with My Sleeping Gypsy?

Hi Karen, yes I think we have known each other now for 15 years! When we met I was based in London but since moved to Switzerland.  I continued to work with my Creative Development Agency: AHH Agency.  Whilst doing this work I met Katya Hermann at Paris Fashion Week.  Katya was one of the first founders of the brand My Sleeping Gypsy. We became friends - I had great admiration for what she wanted to achieve with the brand, and whose values aligned well with my own thinking and work in developing sustainability in particular.  Six months later we decided to work together to develop the brand to its potential and the rest has unfolded over the following six years to where we are now.

My Sleeping Gypsy is a union of five female owners / founders: Angela Hertault, Katya Hermann, Stasya Nemyrovska, Tanya Kurylovich, Elena Vakulchik. At the time the war began there were 57 employees in the brand in total.  I was the only team member based outside of the Ukraine region.

Where does the name come from?

The name ‘My Sleeping Gypsy’ is taken from the famous Henri Rousseau painting ‘The Sleeping Gypsy’.  It is a beautiful post impressionism tableau painted in 1897.  The painting represents a man sleeping under a full moon, next to a lion and guitar.  The spirit of primitive simplicity and freedom along with a connectedness to nature symbolizes the essence of the soul of the brand.

When Russia invaded Ukraine in February how did you react?

Prior to the war beginning I was speaking to the team every day and asking them to consider moving out of Ukraine for their safety, I was very concerned for them all.  Katya took her son and went to Spain, intended more as a short holiday.  The other team members couldn’t accept that they were at risk.

When Russia did invade it came as a shock to the team despite the overbearing presence of troops that had been building at the border for a long time.  At this moment Katya left Spain and moved to me in Switzerland with her seven year old son, and other families that we knew started to travel towards my home in cars.   People became very worried and began to open to the option of leaving the country.  I rented a mini-bus and Katya and I drove to Ukraine to collect team members and their families.  We brought them back to my home which acted in a way like a clearing house whilst we placed people in small groups within local families in the same community therefore maintaining a strong connection and making integration easier.

Now the children of those families are in school and everyone is learning both French and English.  It hasn’t been easy but everyone has been so resilient and positive, I have been really impressed by the general spirit.

Are you still producing in the Ukraine?

Yes, absolutely.  It is critical that we can continue to produce in Ukraine.  We have a team there and they need to continue working to support their families.

Tell me about the labour skill required to produce My Sleeping Gypsy dresses?

My Sleeping Gypsy garments are complex, they require a set of skills which is go beyond anything that can be reproduced in a factory.  The people working with the brand are artisan craftspeople who are carrying forward a heritage and depth of precise skill, that they have acquired through years of experience and generational knowledge.

Each garment requires the skill set of around five individuals to complete it.  In the atelier during the production of an item it is passed back and forth between people who apply their part of the craft.  One dress can take 3 – 5 days to produce.

Is there a signature look for My Sleeping Gypsy?

My Sleeping Gypsy is most definitely about freedom if I have to summarize.  The garments are generally voluminous, featuring a lot of fabric, often heavily embroidered or decorated with motifs.  The signature look has its roots in the Ukrainian cultural heritage of ‘Vsyshyvanka’.

If a woman was to own just one My Sleeping Gypsy - which one would you suggest and why?

Very difficult question!! I would say it should be one of the midi dresses – they are just the ultimate garment for casual luxury dressing.  They are so versatile and at the same time easy to wear and suit all body types.  Which model however depends so much on the individual.  What I can say is that it is very hard to stop at one!

Do you have any words of positivity to share with our Scoop readers? I would say that the thing I am most positive about with regards to My Sleeping Gypsy is the fact that despite everything that has happened we have remained a united team with a shared vision, despite everything that has happened so far, we continue the journey together with hope for peace.