EXHIBIT Fashion Together
12−14 September 2021 • Saatchi Gallery, London
Contact Us
How to get here

Lauretta Roberts of TheIndustry.fashion sat down with Scoop's MD and Founder, Karen Radley to find out more about the latest edition of Scoop. 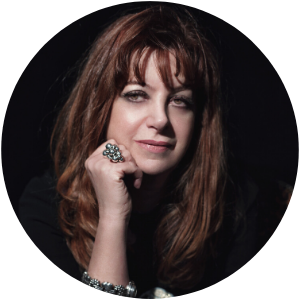 Curated is an over-used word in fashion; everything from a seasonal buy to a seasonal salad is curated these days. Especially in fashion. But there really is no other word to describe the line-up of brands at contemporary trade show Scoop; there’s a cohesion and logic to the line-up but if you had to describe it, you’d be hard pushed.

Yes, it’s contemporary and yes, it’s premium but it’s not necessarily expensive and it’s not necessarily about small or large brands; they just have a certain vibe. And that vibe comes from the women, who founded the show, and who gets to decide who makes the cut. She is Karen Radley.

Radley, a former fashion agent, established Scoop in February 2011 having walked past the Saatchi Gallery in London’s Chelsea and deciding it would be lovely idea to stage a fashion show there. Saatchi initially rebuffed her approaches but eventually came back to her in November 2010 with a green light and, remarkably, Radley pulled off the first show just three months later.

Given her background representing brands (as Karen Radley Trading she looked after major names such as DKNY, Missoni, Blumarine, Paul + Joe, Chantal Thomas, Versace and Fendi), Radley was able to persuade many names to show at short notice but admits a few weeks before the doors opened that she’d forgotten a vital ingredient.

“In mid-January one of the exhibitors came to me and said ‘which buyers are coming?’ And I thought ‘the buyers!’ It was a mad scramble to ring people and get them there,” she laughs. Again, though, her black book and instinct for who should be there paid off.

Radley prefers to describe Scoop (named after the Evelyn Waugh’s seminal novel about the world of journalism) as a showroom, rather than a trade show and she has a point. Scoop does not feel like a trade show, nor does it look nor smell like one. One of the first things that hits you when you walk in (apart from a large elephant sculpture adorned with flowers) is the smell.

It’s a quite lovely smell and comes courtesy of apothecary brand Malin + Goetz, which is one of the exhibitors. And that’s the other thing about Scoop, not all of it is fashion; in fact one of the brands that was causing the most excitement at the show was a luxury French toothpaste brand called Le Bon.

“All the brands are personally vetted by me,” Radley explains before going on to admit that she doesn’t really switch off and has been known to scout brands when she’s supposed to be on holiday. “I wanted [the show line-up] to be far more premium and I wanted to have a wider appeal. But it’s not about the price point, it’s about whether it’s commercial and suitable for the UK. I go after designers I think are suitable, but we are inundated with designers wanting to show,” she says.

Part of its success is that Radley keeps the buyer in the front of her mind at all times. “I don’t like to have too much of one product. I want cashmere, but I don’t want too much cashmere, otherwise it ends up being boring for the buyer,” she says.

For February 2020 the show was obliged to move away from its usual home at the Saatchi due to the major Tutankhamen exhibition that was taking place there. So a one-season-only move to Old Billingsgate Market in the City was required, but the show lost none of its showroom feel, and remarkably, given the storms that were battering the country and the growing unease around coronavirus, it lost none of its buzz either.

“I’ve been very happy with the attendance,” Radley says. “I bumped into an account from Bournemouth and they’d paid nearly £300 in a taxi to get here. They told me Scoop was as important to them as going to Paris. If it was a consumer show [and there were storms and cancelled trains], you might not make the effort but it’s a business show, it’s your livelihood. We’ve got brands that are not represented in the UK and this is your chance to see them.”

“It’s amazing to find new designers,” agrees Fortnum & Mason accessories buyer Sophie Allen, “and also to connect with designers we already stock. We’ve found some new international brands and brands I haven’t seen at other shows. And I found this!” She then reaches in her bag and pulls out a handful of brightly coloured boxes, they are samples of the aforementioned Le Bon toothpaste.

It’s not only UK buyers that make the effort either. Even with beautiful shows, such as Tranoi on their doorstep, buyers from French department store Galeries Lafayette had made the trip. “It’s important to come and see, we are always coming to discover new brands,” says Clara de Boissieu, buyer for premium womenswear at Galeries Lafayette.

“I’ve just seen an interesting cashmere brand. And this show is good because it is not too big and there’s a good mix. You have cashmere for €600 or €200, it ranges from accessible to luxury,” de Boissieu adds.

While Radley has an obsessive focus on the needs of the buyer, she also offers a personal service for exhibitors too ensuring they meet the right people and very much sees her role as a match-maker. During our interview designer Gary James McQueen arrives and presents Radley with a box, containing one of his signature scarves to say “thank you for everything you’ve done for me”.

Radley had not only helped McQueen (who is nephew of the late Lee Alexander McQueen) meet buyers but also introduced him to a manufacturer and to her network of contacts who are all working to support him. “It’s nice to have people who believe in you, my uncle believed in me,” he says poignantly.

For designers like McQueen, the opportunity to meet buyers is crucial. “It’s all self funded,” he says of his brand, which majors on scarves but which he has extended into kimonos and, soon, body suits. “For emerging designers, it’s important to have somewhere to showcase yourself to buyers,” he adds.

For other more established brands like Dutch accessories label Smaak Amsterdam, Scoop provides a platform for entering the UK. The brand was founded 10 years ago and has been wholesaling via an agent for two years. Because the brand has its own retail it is attractive to buyers because they can buy from stock as well as forward order, and its price points of €105 to €300 place it firmly in the growing affordable luxury space.

Founder André Grundmann said he had come to Scoop “just to see” because the show attracted the right target buyers for the brand and had been pleased with the attention he had drawn.

With this sort of success on her hands, Radley (who part owns the show in a joint ventue with Hyve, which also owns shows such as Pure, Moda and Jacket Required) might be tempted to scale Scoop, but going big is not the point. “It’s more about protecting it,” she says, “because it’s very personal.”

Well how about applying her magic touch to another sector, say lifestyle more generally? “People ask me that,” she says smiling, “I’ll think about it.” You can be sure if she sets her mind to it, she’ll do it. And fast. And yes, it will be curated, in the true sense of the word.

The next edition of Scoop takes place at the Saatchi Gallery in Chelsea from 19 – 21 July 2020.

REGISTER YOUR INTEREST
Back
Organised By